I took advantage of some free time during the last weeks to move forward on the update of KooZic to version 2. Some user interface modifications have been brought, along with an increase of performances and a Docker installation more flexible.

No more left menu, the browsing is now achieved thanks to a menu at the top of the screen. This allows taking advantage of the whole width of the screen. 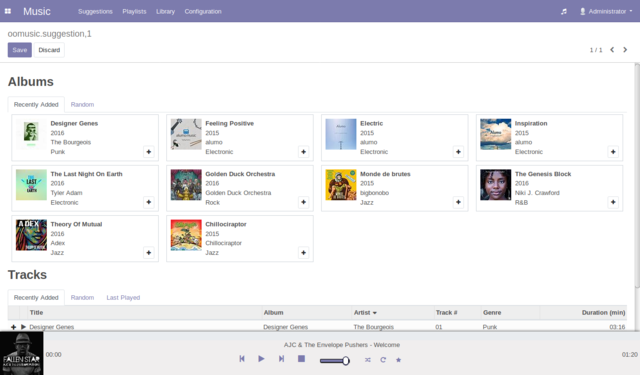 Technically speaking, Bootstrap 4 replaces the version 3. However, the menu organization remains unchanged, with an identical structure. 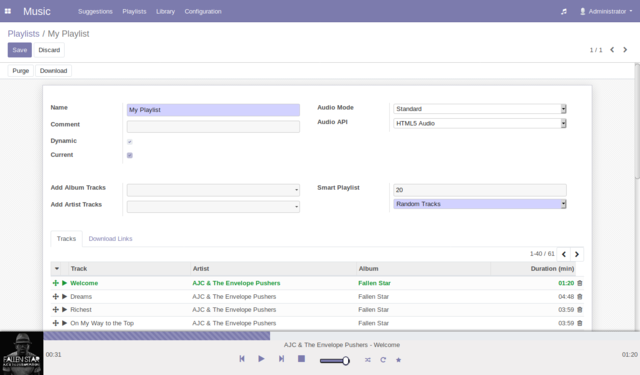 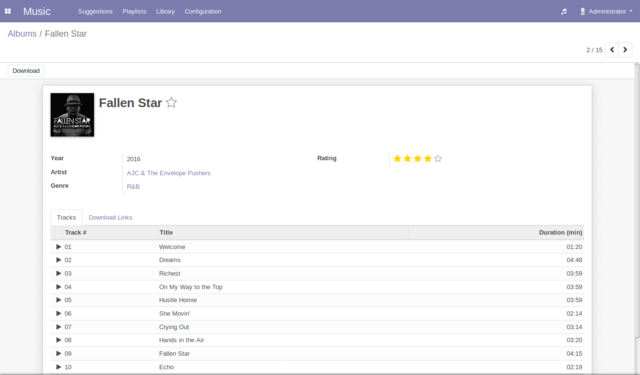 Note that this represents the major part of the visible modifications. Most of the work has been done under the hood.

Several small details have been improved to make the user interface more reactive. Moreover, the duration analysis of the initial analysis of the library has been reduced. Note that it only apply to a local library. Indeed, in the case of a remote library the bottleneck is usually located at the data transfer level. 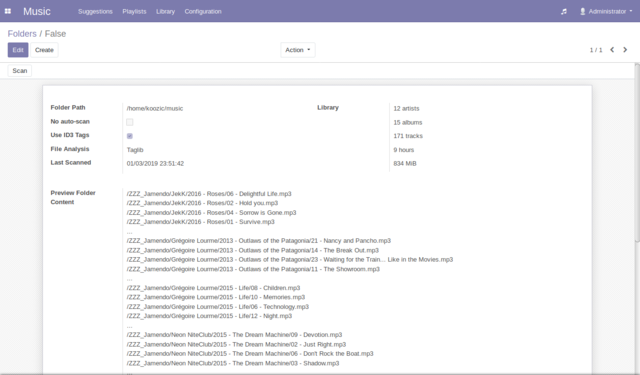 Last point, it is now possible to choose which library will be used for the tag analysis: Taglib or Mutagen. Mutagen can be useful for specific remote mounting points, for example thanks to rclone. In all other cases, Taglib should be preferred. This can be configured at the folder level.

A new major version means an incompatibility with the previous version. It is therefore advised to uninstall the v1 before installing the v2.

It is then possible to connect to http://localhost:8069/ with the credentials ‘admin’ / ‘admin’.

A Docker installation assumes that Docker Compose was installed previously. When it is done, retrieve the necessary archive:

In the file ‘docker-compose.yml’, replace ‘/music’ by the directory containing your library. Then we start everything:

After ~10 seconds, it is then possible to connect to http://localhost:8069/ with the credentials ‘admin’ / ‘admin’. The last step is to go to Configuration > Folders > Create and add ‘/mnt/host’ in ‘Folder Path’, then click on ‘Scan’.